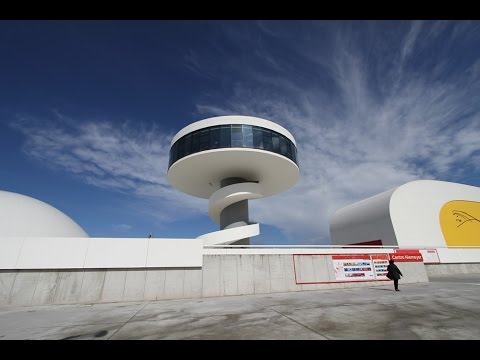 Avilés is a city to discover. The preconceived image of this big village is even for most asturians, of an industrial city in decline. Although its aerial physiognomy proves a clear industrial area, the centre of this village hides a huge historical patrimony and a beautiful urban centre. The old Avilés combines well with its modern development, in a privileged place in the Cantabrian coast. The local people have been recovering their river that was polluted for a long time. Now its urban centre is also restructured and shows a splendorous and beautiful architecture that competes with its industrial component.

The new Avilés waits for the visitor to take his preconceived images of this city out of his mind. Walking down the urban centre can be one of the most surprising visits that one can do in this region. Not in vain, this city celebrates its one thousand year life and offers us a rich past that can be found in any corner. The architectural patrimony of “Villa del Adelantado” (it is called like that to pay homage to the avilesino conquer, Pedro Menéndez, often called “the Adelantado”) is varied in style and architectural ages. The fact of being a population with a long commercial and port tradition, gave way to many nobles that during Middle Ages and Modern times settled here building big houses and palaces. Since the 12th century, the economic development was being shown in a number of rich architectural buildings. Although the passing of time has made that many of the walls got lost, others are kept thanks to several restorations. These old buildings and constructions have been mixing with the modern infrastructures of the city. Because of this, in Avilés we can feel a dynamic environment full of public initiatives.

The best choice to know the “Villa del Adelantado” is to walk down by its streets. The street Rivero and the street Galiana are characterised for having the most famous arcades of all this Principado. In the old times these arcades were used by peddlers. We will easy notice that the centre of this city is just to walk down its streets and admire its traditional buildings. The fishermen neighbourhood, the old church and the modern one of Sabugo, the square of the Brothers Orbón or the Camposagrado palace make a visit worthwhile as well as the square of Spain. Here we can go through the streets of “la Fruta or la Ferrería” that lead us to the Ferrera Park, a genuine green park in the centre of this city. Another worthy visit is that of the church of Franciscan fathers, an old parish church of San Nicolás of Bari. This is the oldest building of this village. It was built between the 12th and 13th centuries and has an interesting Romanesque front and a wonderful ribbed vault.

The avilesina gastronomy will surprise us pleasantly. Here in Avilés we can taste all the delicious local food in restaurants and cider bars. We can taste seafood, pots, beans, and traditional local desserts as for instance, the “bollu” (a sponge cake that godfathers give to their godchildren at Easter). Other traditional desserts are the “casadielles” or “frixuelos” typical in carnival. All they have the taste of the cider produced in this region.

If we look for partying, we will find it at the streets of Galiana and Rivero (the wine area), and Ferrería (the area of pubs). It is also at the peak the area of Sabugo, full of cider bars and terrazas outside the bars where we can have a drink in the evenings.

Our walk down the historical Avilés also leads us to the modern part of the city. In the year 1950 there was an urban development due to the incorporation to the city of new industries, such as Ensidesa. Families from all the corners of Spain came here and made this city the third most populated of this Principado of Asturias. Today Avilés has around 80.000 people living in and it also has the second most important port of this region.

Today the people from Avilés look to their port and ría in a different way. In 1980 the fishing quay was inaugurated and the guild of fishermen (Virgen de las Mareas), whose fish market auctions the 70% of the whole fish captured in Asturias. Another recent work realized by the Government of Asturias has meant the withdrawal of 170.000 cubic meters of polluted mud, and also recovered four kilometres of the course fluvial. Fourteen millions of euros were invested in this project. The opening of this new walk together with the walk of La Avenida of Guadalhorce, recently inaugurated, and the pedestrian walk between San Juan and El Arañón sum up six kilometres to walk down quietly by the littoral avilesino.

In the Park around the port we will find the most well known sculpture of Avilés. It represents the merchant seaman, Pedro Menéndez, founder of the first city in the United States, San Agustín. In this same park we will also find the sculpture of the Seal. This is a homage to the sociable animal that came to the port avilesino in 1950 and pleased the local people for a long time. These are only both works among all the sculptural works that decorate this city, the most representative is “La Monstrua”. This is located in the heart of the neighbourhood of Sabugo. Its author was Carreño Miranda. The town council ordered an important homage to this author. Some pictures of this author are kept in the famous museum of El Prado. This last sculpture is probably the most pictured of this village.

2 responses to “A walk by Avilés”

A basic map of Gijón Cimadevilla, the essence district Port of Vega, a wonderful place The beach of San Lorenzo, Gijón