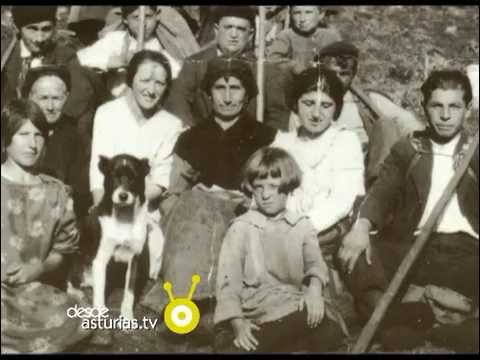 The mountain range of Cuera is a starting point for planning routes and many excursions for any season of the year and for all types of people. There are at least a few levels of unevenness among its surface. We have a lot of points from which to see the wonderful sights of the Cantabrian sea and the Peaks of Europe. In fact, the Cuera is a small mountain range made of limestone which has the privilege of being located between the Ocean and the highest mountains. It has taken its beauty from both sides, the ocean and the surrounding mountains, a high meseta covered with meadows with some peaks which are easy to climb.

The sheepfolds or lowlands are really suitable for feeding the livestock. Here, remains of old mining explotations that were working until the 70’s of the last century are also evident. On its limits there are many remains from the prehistoric age in numerous caves. The main activity by that time was metallurgy around the year 2000 b.C. There had also been different stages in the process of transformation of copper. The Cuera served to the economy and society of the Bronze Age. Today, some parts of the area are famous and the delicious Cabrales cheese is produced here.

The landscape of Cuera

Its landscape is one of the most protected in this Principado of Asturias and spreads all along the East territory of the region: slopes, woods and valleys cover five councils of this region: Cabrales, Llanes, Peñamellera Alta, Peñamellera Baja and Ribadedeva. There are also 40 kilometres of longitude that start in the environs of the river Sella by the West and continue by the sea, ending the Eastern territory of this Principado near the river Deva.

The Cuera is also a perfect ecosystem. Within its fauna it is important to mention the fox, the wild cat, the roe buck and the wild boar. If we are lucky we may even see a golden eagle flying above us or a vulture, or any kind of predatory bird. The woods are formed by beeches, oaks and evergreen oaks. If observe this range we can see how after the first line of high peaks, the Cuera opens itself to narrow valleys to an endless list of meadows, ash and maple trees. The widest valley is without a doubt the Llosa of Viango. On its slopes we can see the highest peak of this range, the Peak Turbína where the wood is at its deepest. It is a beech wood pointing to the North that often receives the fog coming in from the sea.

For the human being this mountain range stands up as a Goliath and also delimits two geographical spaces that had different historical and social evolutions: “the llanisca marine” and the part commonly known as the “transcuera”. Both territories house livestock activity and common pasture.

On the coastal side, near Llanes there are different plain ranges such as Cue and Pimiango, more interior are Purón, la Borbolla or the Carriles. In all these places we find small and pretty towns and rural hostels of great quality, from there we can start many rural routes.

To the North is the town of El Mazucu and also La Tornería follows its contours. To the South near the Peaks of Europe, we find many other tows such as Ortigueru, Pandiello, Puertas, Asiegu, Arangas… In all of them we can stay at a comfortable rural house and enjoy the delicious local food and after that, if we have enough energy, we can start a route on the way to the accessible peaks of Cuera.

The Peak Turbina, 1.315 m. is the highest peak of this small range and for that reason its routes on foot are very attractive for all people. Now we are going to put forward some possible routes such as the ascension of Turbina and also one of the Cuera.

One response to “The mountain range of Cuera”